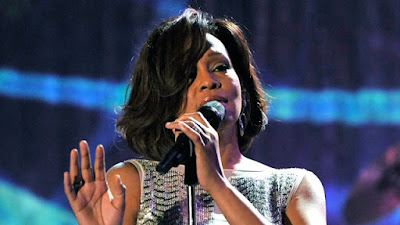 根據國外傳媒報導，惠妮的虛擬影像演唱會有可能會在2016年實現，屆時大家可以有機會再賭惠媽風采！
(Billboard)A Whitney Houston hologram is coming in 2016 thanks to Pat Houston, President of the Whitney Houston Estate, and Greek billionaire Alki David, the CEO of Hologram USA.
The holographic representation of Whitney Houston will perform in "a major U.S. venue" for a show that will be beamed to TVs and computers around the world via David's FilmOn.com, according to a press release. The announcement even promises a posthumous international tour after the show's U.S. debut.
Pat Houston had this to say about the partnership that will -- in the words of the press release -- "bring back" Whitney Houston. "It's a great opportunity for her fans to see a reinvention of one the most celebrated female artists in history and to continue a legacy of performances that will not be forgotten in years to come. I look forward to the partnership."
David's Hologram USA will design the Whitney hologram in partnership with her estate. Alki David recently made headlines for teaming up with controversial rapper Chief Keef for his series of attempted holographic concerts.
When asked about a Whitney hologram in late 2014, Pat Houston expressed mixed feelings. "I don't know how I would feel about [a hologram] and certainly I've been approached to do a project of that magnitude, and I said, 'No.' But who knows what the future holds," she said at the time. "I mean, it's just been only two and half years. Maybe down the road."
Source:CNN.com