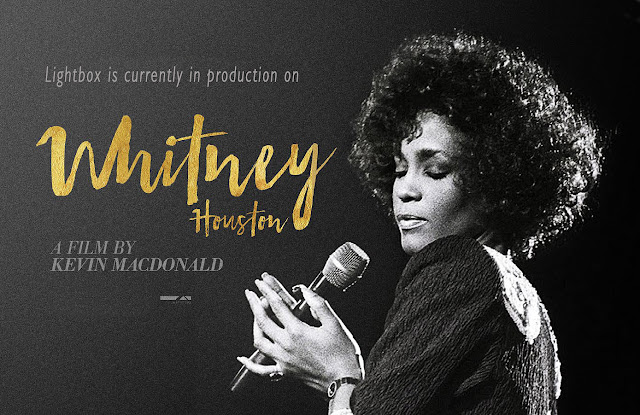 官方版惠妮紀錄片，今年夏天將在大螢幕與大家見面！Roadside Attractions And Miramax To Release ‘Whitney,’ The Highly Anticipated Documentary Film On Whitney Houston, In The U.S. On July 6, 2018


The life and legacy of Whitney Houston continues to prove fascinating for the masses six years on from her tragic death.


A litany of projects have been released since – including live albums and biographical broadcasts.
The latter has been most controversial: case in point Lifetime’s polarizing ‘Whitney’ pic and Nick Broomfield’s documentary ‘Can I Be Me’ (which was well-received but critiqued by the singer’s family due to its heavy focus on her sexuality).
In a bid to tell the story on their terms, the diva’s estate have teamed with Oscar-winning director Kevin Macdonald for what they’re billing as the definitive doc film – ‘Whitney.’
More, including the first look trailer, below…

Set for US release on July 6th, ‘Whitney’ is touted as “the only film officially supported by the late singer’s estate.”
It includes previously unreleased recordings, rare never-before-seen footage and live performances recorded by Houston at various stages her life, as well as original studio recordings and acapellas of some of the late singer’s greatest hits.
It’ll also feature personal home movie footage that has never been seen publicly before, offering a rare glimpse of Whitney’s life behind-the-scenes. Per the press release, viewers will see Nippy as her truest self – something only closest relatives, friends and collaborators have been able to witness until this point.
Speaking on the project, director Macdonald said:

“I approached Whitney’s life like a mystery story; why did someone with so much raw talent and beauty self-destruct so publicly and painfully? I was lucky enough to have the support of Pat Houston and the Whitney Houston estate in this quest. They entrusted me with the ‘keys to the vault’ while giving me complete freedom to follow the story wherever it went. At heart, Whitney is an intimate family story that reveals a new side to a woman that even her most die-hard fans never knew.”

Pat Houston, the diva’s manager, sister-in-law and the executor of Houston’s estate, added:

“To tell Whitney’s story, you have to know her story.
We could not be more excited that Whitney’s fans will have this authoritative and definitive documentary chronicling the full arc or her career and the scope of Whitney’s entire life. This is an amazing retrospective that celebrates Whitney with never-before-seen footage and Kevin approaches her life with no blinders on. He captures all of Whitney’s magic, and he does not ignore the hard times. This is a film that will truly thrill all who knew and loved her as a musician, actress, model and so much more.”

**********
It’s understandable why the estate will want to tell Whitney’s story their way. Why not? Especially if everyone else already is.
Folk will undoubtedly have something to say, but we’re here for anything that provides more of an insight into one of the most fascinating, multi-dimensional talents the world has ever seen. A talent that we said goodbye to far too soon.
Source: http://thatgrapejuice.net/2018/04/movie-trailer-whitney-official-whitney-houston-documentary/