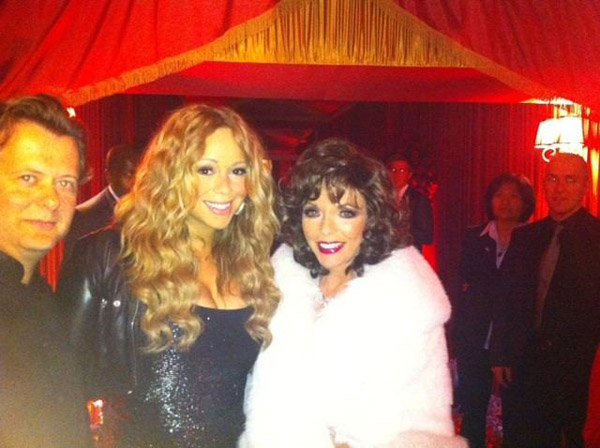 Mariah Carey gave birth twins less than two months ago but she has already returned to fine form. The legend posed alongside Joan Collins at a private industry party in the UK yesterday(9 Jul,2011) that also welcomed fellow icon Whitney Houston and R&B singer Usher. 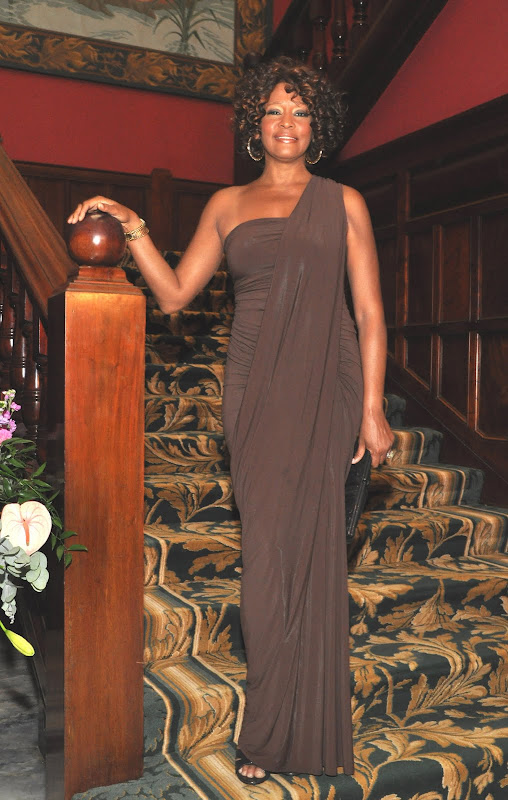 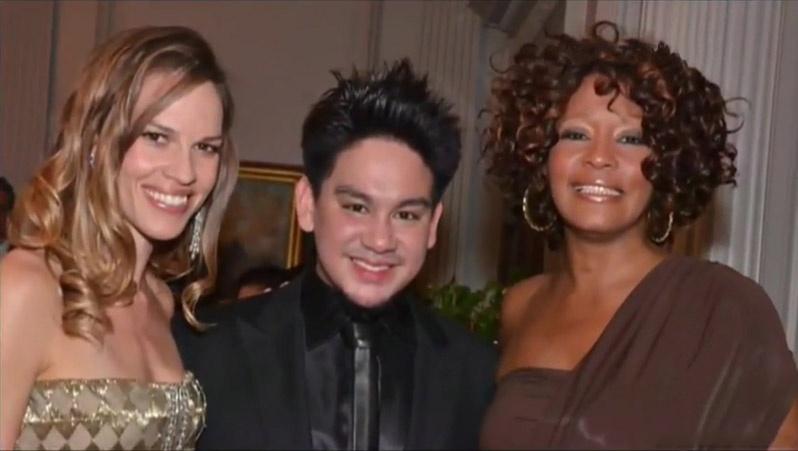 THE Sultan of Brunei’s son Prince Azim kept up his reputation for having star-studded birthdays.

For his 28th bash Eva Longoria, Whitney Houston, Usher, Hilary Swank, and Mariah Carey, as his guest of honour, were put up at his Stapleton Park stately home in Leicestershire.

There was a casino night followed by another party the next evening.
Advertisement >>

My mole tells me: “Organisers know how fond the Prince is of Whitney so made sure she had a room with the best views of the lambs in the field.”

But for Mariah it was the first time she travelled without her own little lambs – her tots Monroe and Moroccan.

A pal of the star said: “Mariah was delighted to be there – she is a close friend of Prince Azim.”

Whitney Houston looks stunning! She attended Prince Azim’s birthday bash in the UK last week. Currently, Houston is an outpatient at a drug and alcohol rehab facility, but she looks like she’s in good health right now. Other celebs at the party were Mariah Carey and Usher.