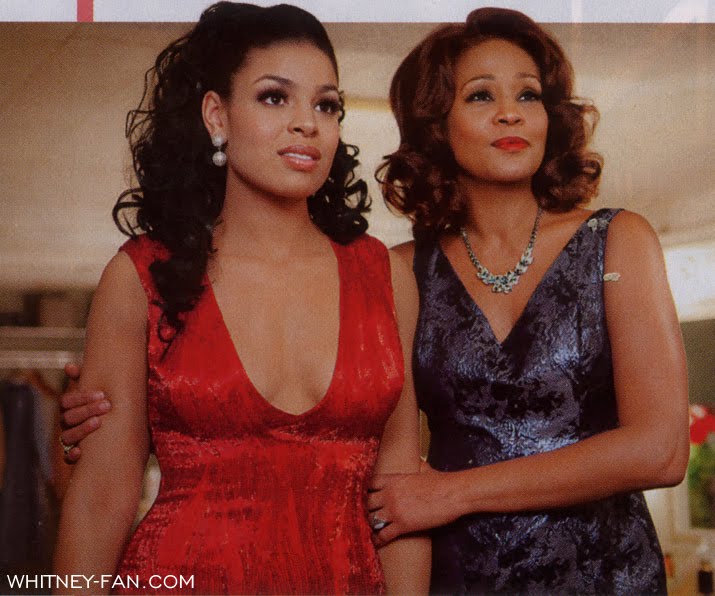 Whitney Houston is featured in the January 30th edition of People magazine, which has published a one-page sneak peek at photos from the set of "Sparkle!".

Get your copy today! You can click the thumbnails below to view the images in larger size: 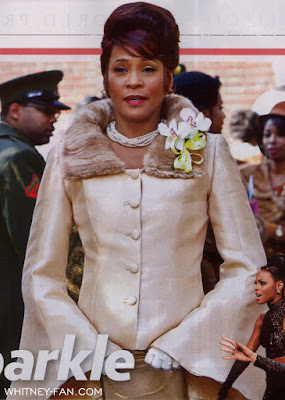 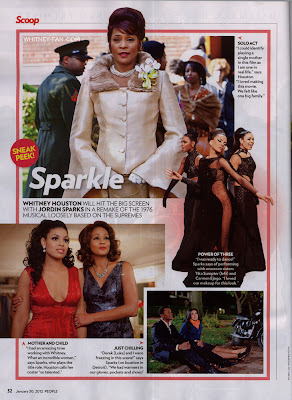 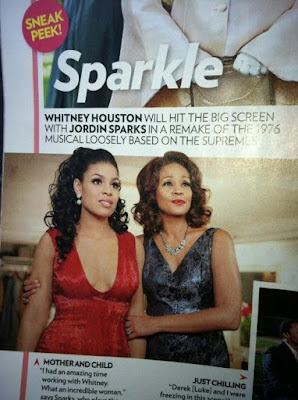 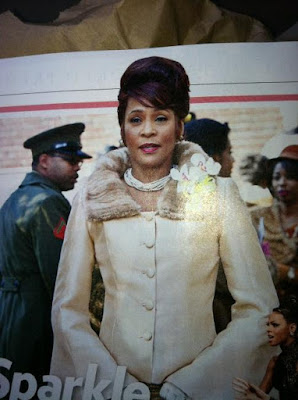 
1/30 Update:
FIRST LOOK: Whitney Houston Back on Screen, in Sparkle 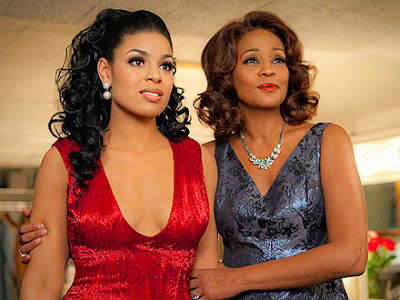 It's been more than 15 years since Whitney Houston starred in a big Hollywood movie – 1996's The Preacher's Wife – and while fans may be rejoicing about her return to the screen in the upcoming Sparkle, the happiest person of all seems to be the pop diva's costar, Jordin Sparks.

"She was so cool and very motherly toward me," says the former American Idol winner, 22, who marks her film debut in the remake of a 1976 movie that originally starred Lonette McKee and Irene Cara. "If I ever looked like I needed something, here she came saying 'Are you okay?' "

No less excited is Houston herself.

"Part of the fun of making this movie is definitely the costumes and the hairstyles," says the star, 48. "The movie is set in 1963, and we had a great wardrobe, hair and makeup person and I loved wearing the outfits."

The film, which chronicles the challenges faced by group of singing sisters once they hit it big, is due Aug. 10 and costars Derek Luke.

Most of all, it is the woman behind "I Wanna Dance with Somebody" and countless other hits who had the greatest impact on Sparks.

"I sang her songs into a hairbrush when I was little," says Sparks. "Now she's acting as my mom and scolding me. It was a dream come true." 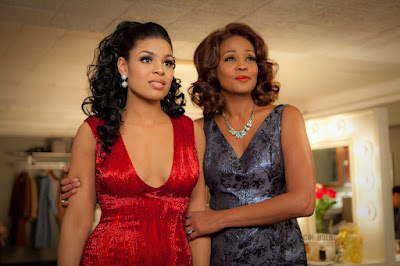