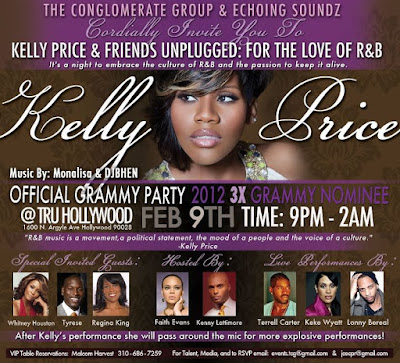 Well apparently Whitney has been "invited" to one of the Grammy parties. Interesting that Kelly Price & Faith Evans are both involved in this party. Maybe they'll sing HH together (I hope)...that's assuming that she's attending this.

"After Kelly's performance she will pass around the mic for more explosive performances". Maybe that's why they invited Whitney.