Glee版Whitney Houston's "I Look To You" 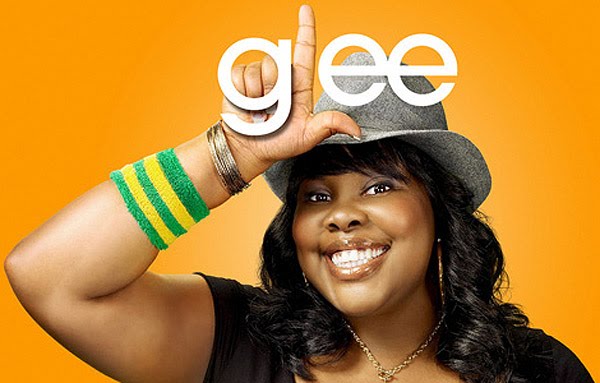 The song, which was released last year, will feature in next week's episode. The track has now surfaced in full today so take a listen in the stream above. Whilst I feel Mercedes is a talented singer, I can't help but feel that this version of the song is very watered down. It lacks soul and depth, which is what made the original song what it was.

It's as if someone told her her to sing the song and she sang it on the spot without even studying the emotional interpretation in each note, each lyric, dynamic, tone and I can go on. There's more to a song than knowing how to belt out. When Whitney sang this, you could tell it was from a genuine place because she she lived it, breathed it and totally absorbed it. The song had lots of soul, feeling and expression. As for this? Not so much.

在下週的節目裡，將會翻唱以下歌手的名曲：
Joan Osbourne's "One of Us"
Billy Joel's "Only the Good Die Young"
Simon and Garfunkel's "Bridge Over Troubled Water"
Barbara Streisand's "Papa Can You Hear Me?"
Whitney Houston's "I Look to You"

相關新聞：
'Glee' Finds Religion: Sneak a Listen at Next Week's Songs
After a week of recreational hallucinogen drug use, voluntary objectification and plenty of suggestive, skin-bearing dancing, what's next for Glee? Why, finding religion, of course.

Next week's episode finds Finn and Kurt both battling with tough questions in their personal lives, and the Glee club coming together to support--and sing--them through it.

Sneak a listen at next week's spiritual catalog, including Joan Osbourne's "One of Us," Billy Joel's "Only the Good Die Young" and Simon and Garfunkel's "Bridge Over Troubled Water," below.

Other tracks you can look forward to rocking on your iPod after next week include Lea Michele performing Barbara Streisand's "Papa Can You Hear Me?" from Yentl and Mercedes finally grabbing her diva spotlight back with Whitney Houston's "I Look to You."