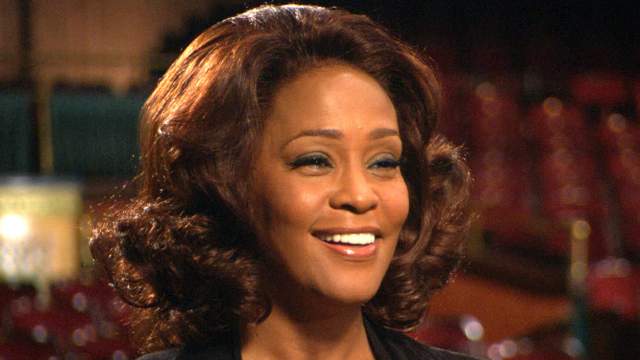 Whitney Houston chats with Access Hollywood on the set of ‘Sparkle’ in Detroit on November 10, 2011.

Whitney Houston will soon make her triumphant return to the big screen after 15 years in “Sparkle,” and only Access Hollywood’s Shaun Robinson was on the movie’s set in Detroit to talk with the global superstar about her movie comeback.

“I feel honored; I feel humbled that I am able to still do what I do and it just is fun, actually,” Whitney told Shaun — in an exclusive interview, which will air on Monday and Tuesday on Access — of her return to the screen.

“I think everybody’s going to love this film. I do, I think it’s going to be a loved film,” she added.

The project, near and dear to Whitney’s heart, took over a decade to make as the starring role was originally slated for R&B singer Aaliyah. After the then-22–year-old’s tragic death in 2001, the movie was shelved for years.

“This was [Aaliyah’s] movie,” Whitney told Shaun. “When we brought it to her, she was so enthusiastic about it and she wanted it, to do it so badly. She was our Sparkle.

“Unfortunately… it just didn’t go that way,” she continued. “I put it down. I said, ‘My Sparkle has gone to a better place,’ then we just left it alone.”

After bringing the project to life again with “American Idol” Season 6 winner Jordin Sparks in the title role, Whitney said she strongly identified with her character (playing Jordin’s mother).

Tune in to Access Hollywood for the full exclusive one-on-one interview with Whitney on Monday and Tuesday’s shows (check local listings).


ACCESS HOLLYWOOD: FULL INTERVIEW
Watch Whitney on Access Hollywood, the full interview, where she’s talking about meeting Elvis, the sequel of Waiting to Exhale and of course Sparkle: