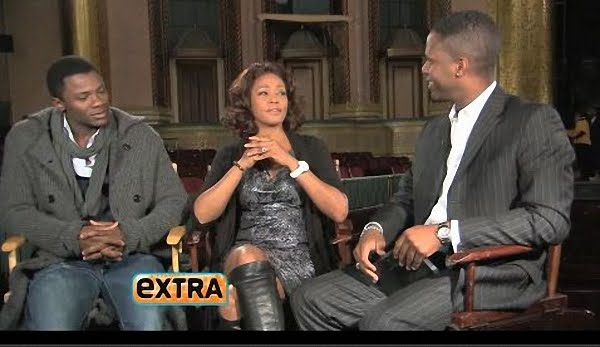 Singer Whitney Houston is making a triumphant return to the big screen!

Houston sat down with "Extra's" AJ Calloway, and revealed, "I've matured in so many ways. I'm good where I am at this moment."

Whitney is set to star in "Sparkle," about three sisters who are in a successful young singing group. She last starred in "Preacher's Wife" fifteen years ago, and expressed excitement for playing the role of the sisters' mom, Emma. "I'm comfortable now... my daughter is my greatest inspiration. She has trained me for this role."

"Sparkle," which includes cast members Cee-Lo Green and Derek Luke, was originally set for production a decade ago, with R&B singer Aaliyah attached as its star. After Aaliyah's tragic death, the project was shelved.