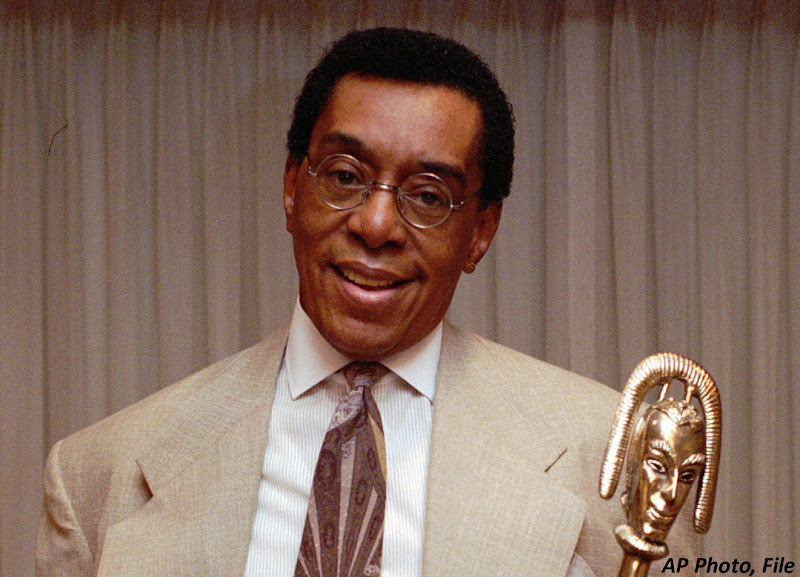 "I grew up watching SOUL TRAIN and I was privileged to perform on the show at the beginning of my career and on several more occasions. Don opened the door for many artists. He was a great pioneer."
-Whitney Houston 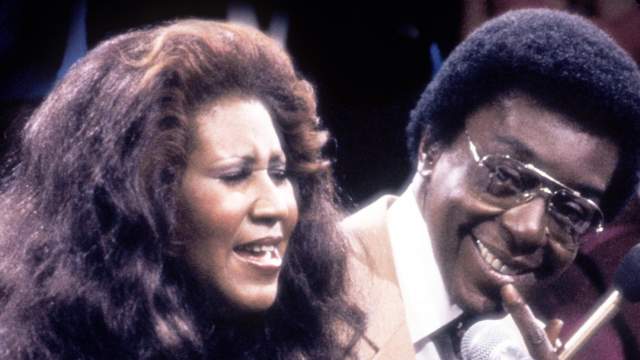 Aretha Franklin and other music superstars are remembering the late Don Cornelius, creator of “Soul Train,” who was found dead at this home in Sherman Oaks, Calif., on Wednesday morning at the age of 75.

Here’s what they had to say regarding the tragic loss:

Aretha Franklin: “It’s just so sad, stunning and downright shocking and a huge and momentous loss to the African-American community and the world at large. Don Cornelius single handedly brought about a melding and unity of brother and sisterhood among young adults worldwide and globally with the unforgettable creation of ‘Soul Train.’”

Whitney Houston: “I grew up watching ‘Soul Train’ and I was privileged to perform on the show at the beginning of my career and on several more occasions. Don opened the door for many artists. He was a great pioneer.”

Arsenio Hall: “Since the year I landed in this town … He has been one of my ‘Hollywood mentors’ … and a loyal FRIEND! There is NO soul in my bowl this morning!”

Gladys Knight: Don Corneilus was a pioneer in the field of musical television for African American artists, incorporating dance along with song. He believed wholeheartedly in his dream of giving people of Color a face on this powerful thing called T.V. A dream such as his was almost unthinkable for Black people with the social climate of prejudice being what it was. But he persevered, he worked, and succeeded. His persona was cool and laid back, but underneath he had a drive to get things done. He was a great friend and counselor. He opened many, many doors and hearts teaching all who came in contact with his soul train about peace, love, and SOUL!!! I pray for him and his family for he truly lifted us up as artists and as people to a higher place. Job well done Don! We love you!

Quincy Jones: “I am shocked and deeply saddened at the sudden passing of my friend, colleague, and business partner Don Cornelius. Don was a visionary pioneer and a giant in our business. Before MTV there was ‘Soul Train,’ that will be the great legacy of Don Cornelius. His contributions to television, music and our culture as a whole will never be matched. My heart goes out to Don’s family and loved ones.”

Earvin “Magic” Johnson, “Soul Train” Holdings Chairman: “Don Cornelius was a pioneer, an innovator, and a trailblazer. He was the first African-American to create, produce, host and more importantly OWN his own television show. ‘Soul Train’ was a nationally syndicated show that paved the way for singers, musicians and dancers, giving them the ultimate platform to showcase their talents when no one else would. Every Saturday morning I looked forward to watching ‘Soul Train,’ as did millions of other people. ‘Soul Train’ taught the world how to dance! Don’s contribution to us all is immeasurable. He will truly be missed. I thank him for trusting me with his ‘Soul Train brand’ and I will carry on his legacy through it. My condolences to his son and my good friend Tony Cornelius and the entire Cornelius family.”

Shemar Moore: “My heart is heavy after hearing the news of Don’s passing. I can’t imagine what His Son Tony and extended family must be feeling. I am truly sorry that such an iconic man has left us too soon. Don Cornelius was responsible for a show that revolutionized the Music industry, introduced the world to many of the Biggest Superstars of music, showed generation after generation over 40 years how to keep it funky and get your groove on every Saturday morning on ‘The Hippest Trip In America’… ‘Soul Train.’ It was truly my Honor to continue the tradition and be a part of History by being given the opportunity by Don to Host Soul Train for 5 years. I didn’t dare try to fill his shoes because it just couldn’t be done! Don was one of a kind! Don was The Man!! “And as always in parting, Me and Your ‘Soul Train’ Family wish you, Don, Love, Peace, and Soul!!!! Rest in Peace My Friend.”

Neil Portnow, President/CEO of The Recording Academy: “Recording Academy Trustees Award recipient Don Cornelius created a cultural phenomenon with “Soul Train,” providing a platform for recording artists to showcase their talents to a wider, more diverse audience. He made an indelible impact on American television, one that will continue to be appreciated for generations to come. His beautiful, deep voice and measured pace always sounded warm and familiar to the millions who admired and followed his broadcasts. The music industry has lost a true visionary and trailblazer, and our deepest sympathies extend to his family, friends, and all who welcomed him in their homes for so many years.”

Debra L. Lee, Chairman & CEO of BET Networks: “We are deeply saddened to hear about the passing of Don Cornelius. He was a pioneer in the television and music industries and his legacy and influence on American culture will continue to live on for many generations to come. He made ‘Soul Train’ a destination for lovers of Black culture and music and connected the world to our culture and we are forever grateful. We owe so much of our success to him, he built the space for the creation of a BET, built a platform for the music that our audience loves and gave a voice to countless artists that shaped black culture and beyond—his impact can’t be measured. He will be missed, but remembered at every wedding, party and family reunion forever with the enduring ‘Soul Train’ line.”