"We Will Always Love You" Whitney Houston Special To Air Nov. 16 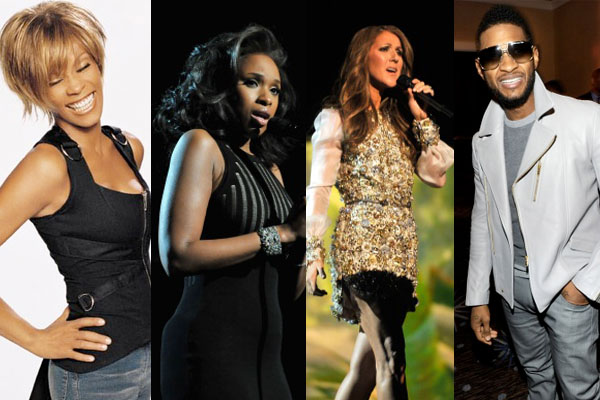 Five-time GRAMMY winner Celine Dion, GRAMMY and Academy Award winner Jennifer Hudson and seven-time GRAMMY winner Usher are the first performers announced for "We Will Always Love You: A GRAMMY Salute To Whitney Houston." The one-hour special, which will be broadcast in HDTV and 5.1 surround sound on Nov. 16 at 10 p.m. ET/PT on the CBS Television Network, will celebrate Houston's life and artistry through interviews and performances from various artists paying homage to the six-time GRAMMY winner, and will include Houston's own most memorable performances of her career.

葛萊美獎主辦單位，為了向今年離開我們的惠媽致敬，將在今年的11/16播出一個小時的致敬節目，選在CBS電視台播映。
"We Will Always Love You" will include never-before-seen footage and exclusive interviews, along with artists sharing their memories of Houston. Additionally, the special will feature highlights of Houston's career, including great GRAMMY and other iconic performances.

Tickets for "We Will Always Love You: A GRAMMY Salute To Whitney Houston" will go on sale to the general public today, and are available online at Ticketmaster or via phone at 800.745.3000. For more information on VIP packages and discounted group tickets, call 1.877.AEG.TICKETS (1.877.234.8425) or visit www.aegtickets.com.

Houston was one of the biggest pop stars — male or female — of all time, selling more than 170 million combined albums, songs and videos, and garnering six GRAMMYs and two Emmys, among other awards and accolades. She graced the GRAMMY stage eight times over the years — one of a few artists who has had the distinction of performing the most times on the annual telecast. Most recently, she appeared as a presenter at the 51st Annual GRAMMY Awards in 2009 (ultimately presenting Jennifer Hudson with her first GRAMMY for Best R&B Album).

"We Will Always Love You: A GRAMMY Salute To Whitney Houston" is produced by AEG Ehrlich Ventures, LLC. Ken Ehrlich is the executive producer. Louis J. Horvitz is director.

We Will Always Love You: A Grammy Salute To Whitney Houston (Preview)