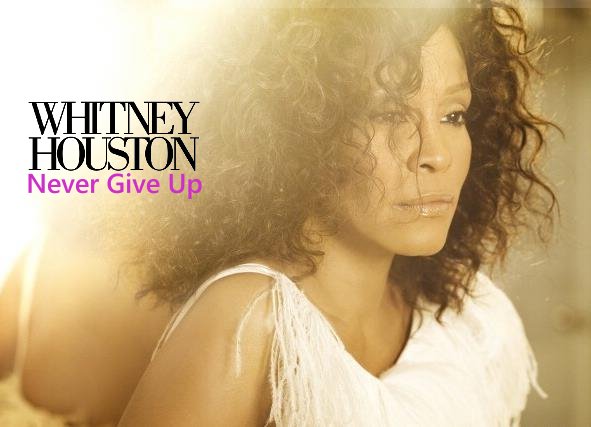 The late singer's only previously-unreleased track from 'I Will Always Love You - The Best of Whitney Houston' lands online and reminds fans about the late artist's inspiring music.

"Never Give Up", Whitney Houston's previously-unreleased single from the greatest hits collection "I Will Always Love You - The Best of Whitney Houston", has emerged online in full. The song was debuted on Tuesday, November 6 and came a week before the official release of the greatest hits album. It has an uplifting theme and sends out positive messages to its listeners and reminds fans of Houston's inspiring music.
Sounding as soulful and distinct as ever, Houston does not fail to motivate her listeners through the song's powerful and poetic lyrics. She sings about different everyday characters, their struggles in life, and what they do to cope and move on.
The Jermaine Dupri and Bryan-Michael Cox-produced track was originally planned to be included in Houston's 2009 LP "I Look to You". "Never, never give up / Hold your head to the sky, look them right in the eyes / Tell them you will never quit until the day you get it right," belts out the late, great singer.
"I Will Always Love You - The Best of Whitney Houston" will be officially released on November 13 and will feature 18 tracks including original versions of "I Will Always Love You", "Saving All My Love for You", "I Wanna Dance with Somebody", and a new mix of the song "I Look to You" featuring a duet with R. Kelly.