Clive Davis Is 'Feeling Keenly the Loss' of Whitney Houston 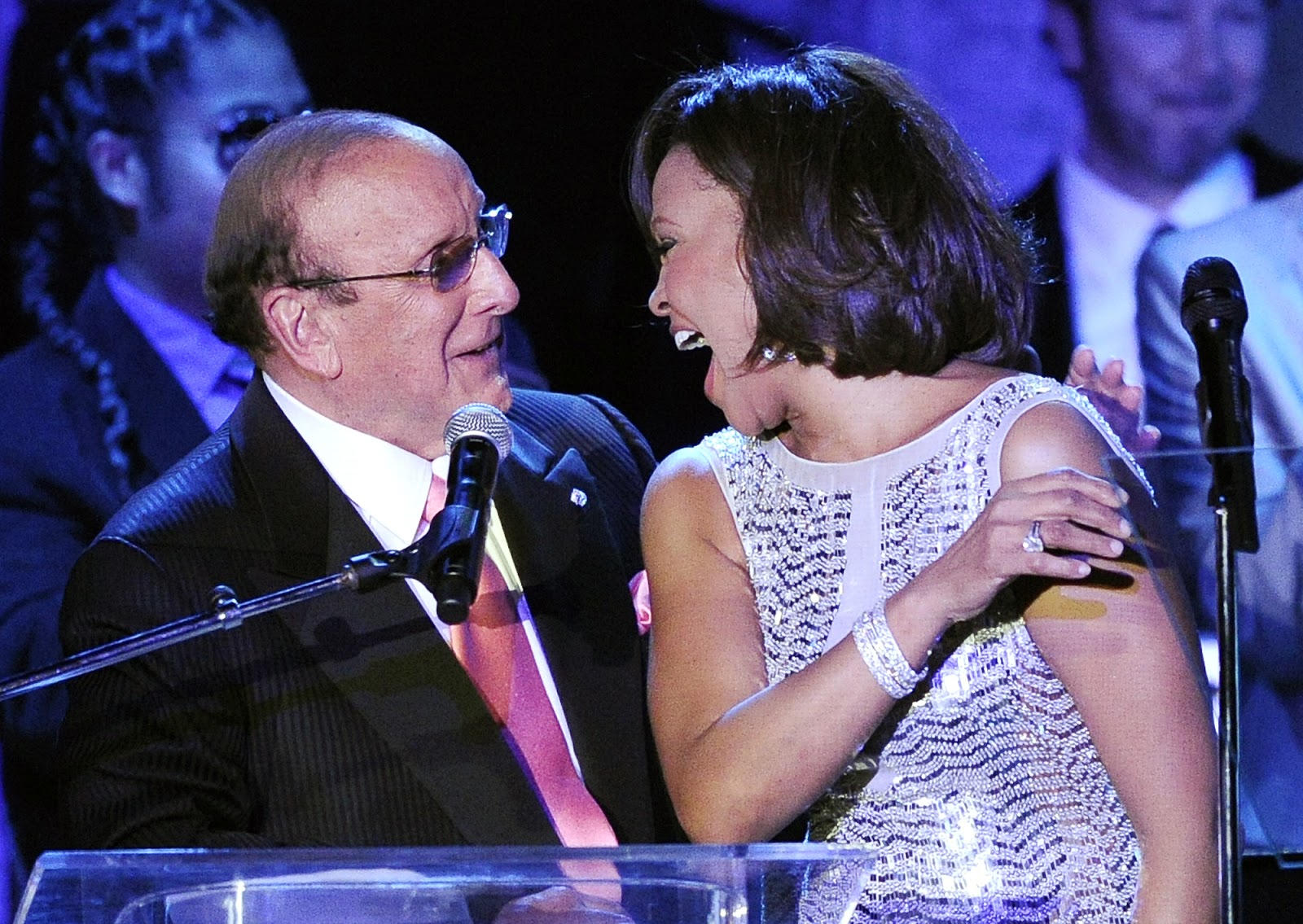 As the music community mourns Whitney Houston one year after her death at 48, her mentor and confidante, Clive Davis is "feeling keenly the loss" of the superstar, he told PEOPLE on Thursday at the Beverly Hilton Hotel.
Gearing up for his annual pre-Grammy gala that centered last year on Houston's memorial, Davis, 80, says at Saturday's big event, he is "going to do something to remind everybody that her talent lived among us and in so many people."

On the same night as his event, a special is airing on CBS, dedicated to the fallen diva.
"I wanted her special to be meaningful and touching," Davis says. "I wanted everyone to remember why she was the greatest in her generation. I'm a great believer in carrying the torch and making sure that her legacy is as glittering as it should be. I'm very involved in that, emotionally and musically."

Asked for his all-time favorite memories from the start of his galas to the present, Davis said without hesitation, "I think Whitney's performances stand out as being special."
And while he won't give away much else about the highly anticipated evening, he would say, teasingly, "It's a different kind of opening. The opening has never been done before, with the kind of music that's unprecedented."
The 55th annual Grammys will air Sunday, Feb. 10, on CBS at 8 p.m. ET/PT (7 p.m. CT) from the Staples Center in Los Angeles.

Source:People.com
Whitney Houston's Life Will Be 'Celebrated' At Clive Davis' Grammy Party
'It will be unforgettable,' says Miguel, who will perfom at Davis' annual Grammy Party.

Clive Davis has been throwing his star-studded pre-Grammy Party since 1976, though he'll be the first to admit that last year's event was one that will stand out for years to come.

That's because it happened just hours after the death of his protege and close friend, Whitney Houston, whose body was discovered in the same venue — the Beverly Hilton — where Davis' party was set to take place (Houston was planning on attending, as she had done numerous times in the past). There was talk that the grieving Davis would cancel his soiree, though at the last moment, he decided it should continue ... mostly because Whitney would have wanted it that way.


So that night, while Davis made it a point to feature performances from rising talents like Wiz Khalifa and Jessie J (an annual tradition at his party), he — and his guests — also used their time onstage to honor the life and legacy of Houston, as everyone from Tony Bennett to Diddy and Alicia Keys paid tribute with their words and their music.

And now, with the one-year anniversary of Houston's death quickly approaching, Davis is finally looking back on the events of February 11, 2012, the night where the show had to go on, and the passing of his close friend.
"Obviously, [it was a] devastating shock. The news was unthinkable and is still shattering to believe that this fresh talent that I discovered when she was 19, and worked with her on every album [had died]," Davis said. "People don't talk about how music was in her soul; she loved it and was so aware of music and records. So the memory of that, of course, is with me. But Whitney loved this party; she wasn't going to perform, she came every year because she just loved that night."

And to that point, Davis said that this year's party — set for Saturday (February 9) — will once again focus on Houston's prodigious talents, but will also be a celebration of the Grammys and music. After all, Whitney wouldn't have it any other way.

"Were going to keep that tradition and celebrate her, celebrate music and mark the occasion of the one-year anniversary of her premature, tragic passing," he said. "But make sure that people remember her always."
And for one of the acts slated to perform at Davis' bash — multiple Grammy nominee Miguel — the prospect of honoring the late Houston is one that he certainly isn't taking lightly. After all, he was a guest at the party last year, and remembers the feeling in the room well.

"I was here for that night, and I could feel everyone wanting to celebrate her life, but still being a little torn," he said. "In our generation, she's probably the most-loved and celebrated female voice [and] she was one of those people who loved music. But if you know anything about Clive Davis' parties, they're legendary, so it will be unforgettable, and undoubtedly people will be celebrating her legacy. It was her favorite night to come out and enjoy music, so we're going to have a great time."

Stick with us for complete coverage of the Grammysincluding Grammy winners and full fashion coverage.