Bobbi Kristina Brown: "I Am Not Addicted To Anything But Life" 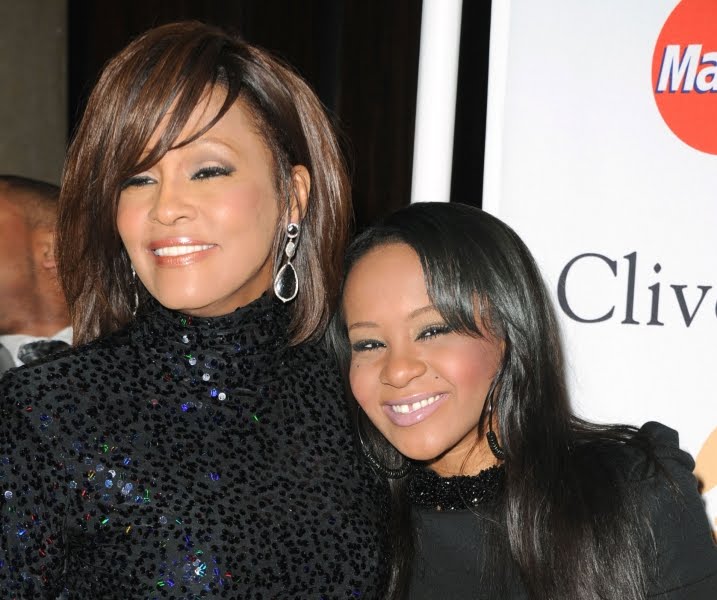 The 18-year-old daughter of Whitney Houston and Bobby Brown took to Twitter after The Enquirer claimed the Grammy-winning singer was putting her daughter in rehab. 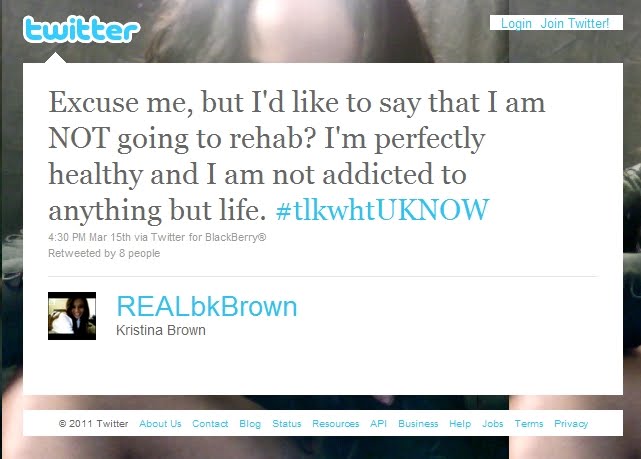 “Excuse me, but I'd like to say that I am NOT going to rehab?” Bobbi Kristina Tweeted on Tuesday. “I'm perfectly healthy and I am not addicted to anything but life.”

She later added in another Tweet, “Home with the family_ pffft media cracks me up ! Rehab my ass, think what you want, but I'm a blessed perfectly healthy young lady.”

Bobbi Kristina made headlines earlier this month when the tabloid published photos of her claiming she was seen using cocaine.

Her father denied that his daughter used drugs in an interview with ABC News Now's “What's the Buzz” earlier this month.

“I don't know anything about that,” Bobby Brown said when asked about the alleged photos. “My daughter, she doesn't, she doesn't do that.”

After the pictures first surfaced, Bobbi Kristina Tweeted, “The pictures_ a former very dear person to me did this. Set me up to make it look exactly what it looks like. God will smite them yes.. But it's really not what it looks like.. People will do anything for money which is extremely sad, and I'm very hurt by this.”